Posted at 16:17h in Blog, Uncategorised by Ronnie 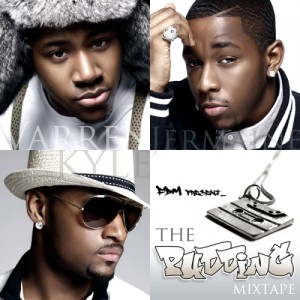 Who remembers the club n radio bangerz ‘Playground’ & ‘Jump’ by UK R&B group Fundamental 03?
Well the trio – Jermaine, Kyle and Varren – now with the shortened FDM tag have matured at a frenetic pace. In the space of six years, they’ve garnered the attention of most major labels before ultimately committing to Geffen Records and then Ne-Yo’s Atlanta based Compound Entertainment.  Over years past, they’ve developed their own kinship nothing short of an eternal brotherhood. Even though Jermaine has been touted as the group’s front man since the move to the states, their “two against one policy,” has always worked to engender a cohesiveness that has helped them survive each other’s company for six trying years.
I interviewed the guys in the baby stages of their career and now they’ve re-emerged with THE PUDDING MIXTAPE in anticipation of a brand new album for 2010.
I’ll be talking to FDM on my BBC Radio 1xtra R&B show very soon…Until then click here and enjoy the mixtape!