Posted at 20:44h in Anna, Blog, Uncategorised by Ronnie 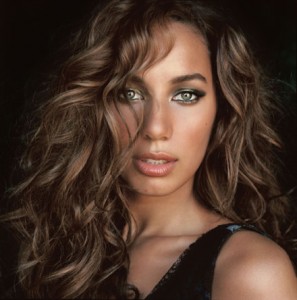 I went to see Leona Lewis at the O2 Arena last week for my sister’s birthday and although it wouldn’t have been my first choice of concert to go and see, it was quite a show, with a lot going into the production.

The amount of thought that had gone into the setting was immense, with each song accompanied by a different background, complete with often dream-like scenery including dancers and props. At times it felt like we were watching a ballet or theatre production, with the elaborate stage direction including Leona being suspended in the air on a swing and one set made to look like a forest with extras dressed as fairies. There was also a fair bit of outfit changing going on, with dancers filling the gaps during these short intervals.

Even though it was the evening of England’s World Cup match against Algeria, thousands of people still packed into the massive venue for the show, the same arena that Michael Jackson was due to do 50 shows at last year before his untimely death.

I’ve never been the greatest fan of Leona’s songs, but I do think she’s got a lovely voice, and she really showed it off with a selection of her music from both albums, as well as a number of covers, including Justin Timberlake’s ‘Cry Me A River’ and ‘Sweet Dreams’ by Eurythmics. The songs that I do quite like of hers, such as ‘Yesterday’ and ‘Footprints In The Sand’ were omitted, and ‘A Moment Like This’, the song that contributed to her winning the X Factor in 2006, was also not included, perhaps to distance her image from that of the programme, to highlight that she is a star in her own right now.

At the end the audience sang along to ‘Run’ and the auditorium became a sea of light after she instructed everyone to put their phones in the air, and then she came back to perform ‘Bleeding Love’, her first single. It was soon the end of the show and it certainly didn’t feel like it dragged on at nearly two hours, in fact it was quite a spectacle and so well put together. See above for some pictures from the concert.