Posted at 00:18h in Anna, Blog, Uncategorised by Ronnie 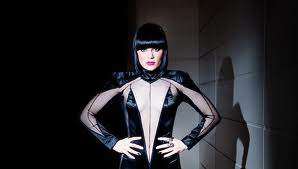 I recently had the pleasure of seeing star in the making Jessie J twice in the space of a week, first at Notting Hill venue YoYo’s where she performed songs from her forthcoming album and then a longer set with a full band at Hoxton Bar & Grill.

Both shows were roadblocks with massive queues outside as fans waited to see the starlet in action, with many missing out due to the sheer number of people vying to get in.

After gaining notoriety on Youtube, the 22-year-old BRIT School graduate signed to Island Records and has already written for the likes of Alicia Keys, Justin Timberlake, Chris Brown and Christina Aguilera, as well as penning a US Number 1 smash, Party In The USA for Miley Cyrus.

Now she is set to become a star in her own right and judging by these early live performances, it won’t be long before she is playing much bigger venues. It was clear that she already has a dedicated fan base, with people knowing every word to many of the tracks she sang.

She appeared comfortable and entertaining on stage, joking with the crowd and shouting out 1Xtra, who recently playlisted her debut single Do It Like A Dude, an infectious hooky track which she originally wrote for Rihanna. Huge ballads such as Big White Room, Who You Are and Casualty of Love showed off her voice to full effect, and along with more uptempo numbers such as Stand Up and Price Tag, it was clear that Jessie J’s material matched her powerful vocals, adding up to a surefire recipe for the next big thing in British music.