Posted at 05:15h in Blog, Uncategorised by ronnie

It’s finally here!! Marsha Ambrosius has released her eagerly anticipated debut solo studio album ‘Late Nights & Early Mornings’.
From her hotel room in New York i managed to get in touch with her via the phonelines to have a conversation about L.N.E.M finally landing.

MARSHA TALKS HERE ABOUT THE SINGLE ‘FAR AWAY’ AND THE THOUGHT PROCESS BEHIND THE VIDEO
[audio:https://ronnieherel.co.uk/Marsha speaks to Ronnie about Far Away.mp3|titles=Marsha Ambrosius interview clip]
WHAT INSPIRED MARSHA’S LYRICS FOR THE NEW ALBUM?
[audio:https://ronnieherel.co.uk/Marsha talks Album.mp3|titles=Marsha Ambrosius interview clip 2] 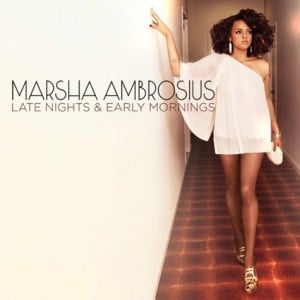 THE ALBUM IS OUT NOW!
COP IT AND LISTEN TO THE FULL INTERVIEW HERE