Posted at 00:43h in Anna, Blog, Uncategorised by Ronnie 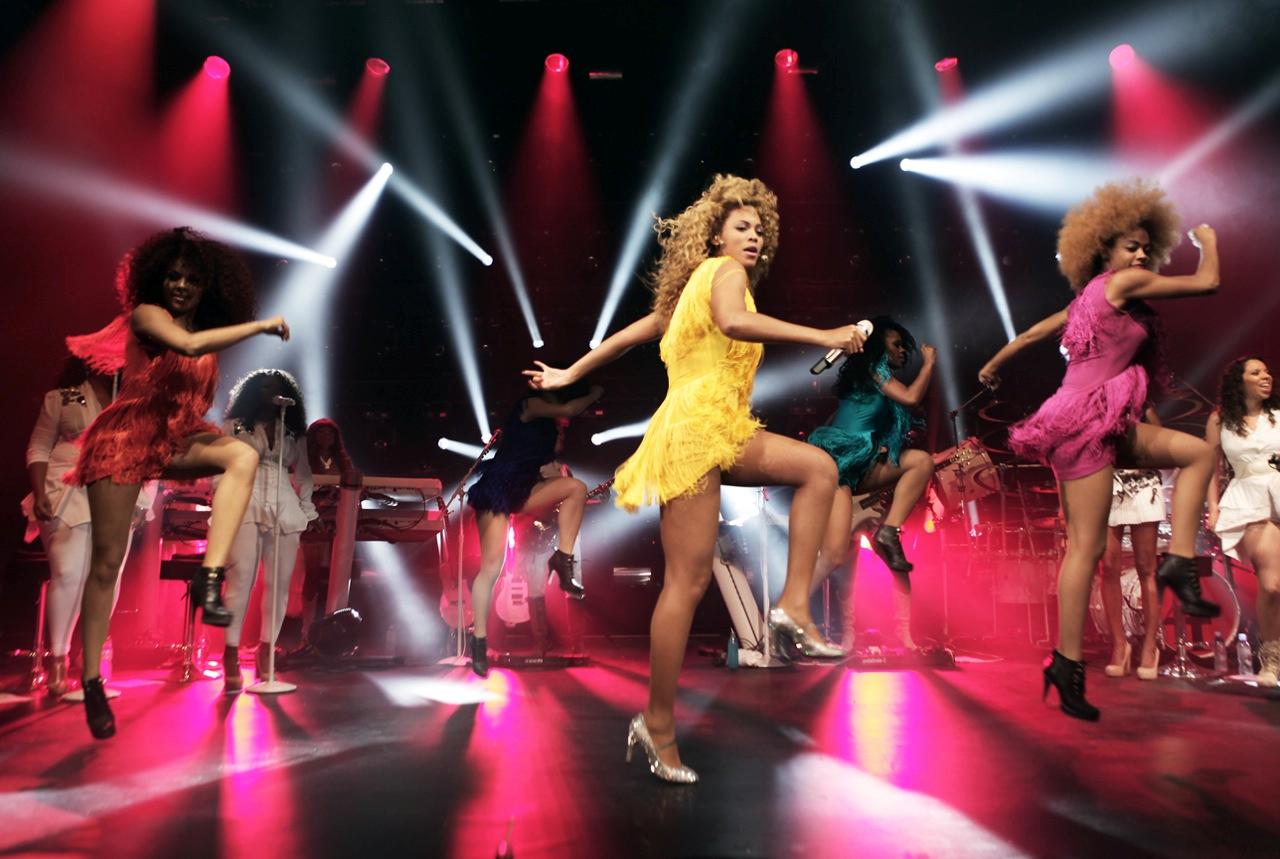 Words and Video by Anna Nathanson

This week it’s been all about Beyonce and no wonder after that incredible Glastonbury performance on Sunday night. I was honoured to be invited down to her secret gig to celebrate the launch of new album ‘4’, after being blown away by her spectacular televised Glasto set the night before. It really cemented her place as one of the biggest music icons on the planet, and seeing her do Destiny’s Child songs in the mix was really emotional when you think that when they came out over 10 years ago, who would have imagined that one day we’d be hearing them at one of the world’s most notorious rock festivals?

This all coincided with the release of her brand new chart topping album, which I got to hear in full the week before at her exclusive playback at the swanky Swarovski Lounge in the heart of London’s West End. The album, which she describes as her best work to date, signifies a more mature sound for the diva, featuring lots of ballads and only one collaboration, with Andre 3000 on stand out track ‘Party’. Other highlights for me are ‘1+1’ and ‘End of Time’, both of which she performed at this once-in-a-lifetime gig.

An artist normally used to playing Arena-sized venues, it was a truly rare thing to see Beyonce perform up close to such a small crowd at the modestly sized Shepherd’s Bush Empire in West London. The VIP balcony area upstairs boasted a bar serving Beyonce-inspired cocktails and played host to stars such as Adele, Tinie Tempah, Gwyneth Paltrow, Jessie J, husband Jay-Z and even mum Tina. The concert was a dazzling mix of high-energy dance routines and vocal workouts, pulled off by Bey with effortless ease. Hits both old and new were included, as well as renditions of ‘Sex on Fire’ and personal highlight ‘Bohemian Rhapsody’. Mirroring her closing song at Glasto, Beyonce finished the show by actually stepping down into the crowd for last track ‘Halo’, handing the mic to audience members to sing lines from the ballad. And then, as quickly as she’d appeared, she was gone. The crowd slowly filtered out in awe, having just witnessed a night of epic proportions from a truly timeless artist that we’re unlikely to see perform at such close proximity anytime soon.