Grammy Award-winning rapper Common lets of beauty of a new single called “HER Love” featuring Daniel Caesar and special guest Dwele, including an unreleased beat from J Dilla.
It’s BIG!!
New Common album due to drop in August 2019. In the meantime…
R xx 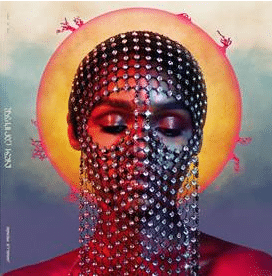 The wonderful Janelle Monáe is back in the music game strong after stelllar performances in two major Academy Award nominated flix Hidden Figures and Moonlight, the latter picking up the award at the 89th Academy awards.

Busy on film and busy putting out R&B niceness like this one!!
Watch out for her album Dirty Computer dropping April 27th. Pre order here

Staying true to her distinctively pop/soul/electro hybrid sound, ‘Fool to Love‘ is uptempo and infectious. Having just announced a world tour (sorry guys the London date is already sold out!) 2016 is looking like a big year for Nao!
Pick up ‘Fool to Love‘ here

The soulful soulstress that is Jill Scott is back!! For all of us fans of this increcible artist it’s been a long wait of 4 years since we last heard new material, but it’s been worth the wait!

‘You Don’t Know‘ is the first single from Scott’s forthcoming 5th studio album (no set release date yet) and hears her doing what she does best; delivering powerful, emotionally charged vocals over a jazz/blues melody. Instrumentally it’s incredible too with ?uestlove leading on drums, check the sultry video below:

It’s been a while since we have heard any new material from Frank Ocean, then yesterday he broke his musical silence with an enchanting cover of The Isley Brothers classic, ‘At Your Best (You Are Love)‘, which he has expressed is a tribute to the late Aaliyah on what would have been her 36th Birthday.

The cover is stripped back, understated and hears Frank Ocean’s vocals sounding hotter than ever. There is no word of any other new recordings from the artist as yet, however he did sign under new management last summer so hopefully we won’t have to wait too long for that much anticipated follow up album to ‘Channel Orange‘.

Frank Ocean – At Your Best

it’s one you need to know about.

It’s the first single from the upcoming album, The Lyricists’ Opus! and t’is a beauty so click the pic, DL and enjoy. 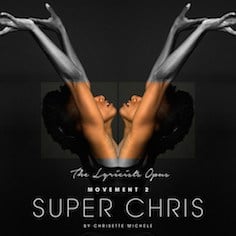 11 May The Return (again) of Mase: ‘Nothing’ feat Eric Bellinger

Who can forget when Mase stormed on the music scene in 1997 with his debut album Harlem World, featuring RnB classics such as ‘Tell Me What You Want‘ and ‘Feels Good’? But despite the success of this album and his second ‘Double Up‘, Mase made a shock announcement live on radio in 1999 that he was retiring from music to answer a ‘call from God’ and become a Pastor.

Subsequent years have seen attempted comebacks with some success and this week Mase dropped a new track featuring Eric Bellinger entitled, ‘Nothing‘ from his forthcoming album ‘Now We Even‘. Mase has teamed up with Chris Brown’s ‘Loyal‘ producer Nic Nac, so what the track lacks in lyrics it makes up in beats, but the question remains – is Mase still relevant?

Decide for yourselves and check out the new track below:

Ssup Soulsters,
a headz up on something a bit speciai and it’s been a long time coming but the wait is almost over.
The introduction of DivaGeek – Vula Malinga (Basement Jaxx) & Ben Jones.
This is the first of 4 videos filmed at Fish Factory Studios In NW LDN during a live recording session of the band.
Look out for the other 3 videos of the songs included in the forthcoming debut album ‘He Said, She Said’ to be heard on my BBC radio 1xtra R&B show tomoro night from 10pm
For more info on DivaGeek go to: www.DivaGeekMusik.com, follow on Twitter: @DivaGeekMusik & the FB page ‘DivaGeek’
Check the EPK
Blessness
RH