07 Mar Classic Sade Gets Re-Worked With a Rap Edge on Mash-Up EP: ‘Sadevillain’

It’s pretty tough to get mash-ups right, it’s even tougher when you take on tracks that are regarded as soulful royalty from the likes of Sade! However 18 year old UK producer Seanh has achieved the seemingly impossible – blending soul Queen Sade and rapper MF Doom to create, ‘Sadevillain‘ and trust me it works!

It’s been a while since we’ve heard any new material from Sade or MF Doom so it feels good to hear something fresh with their voices and if the production on this EP are anything to go by, Seanh is a homegrown talent to keep a close eye on! Keep up to date with what he’s up to via Twitter: @TheSeanh2k11 and download Sadevillain here.

Over the past two weeks not one but TWO incredible EP’s have dropped in the world of RnB! Raleigh Ritchie who has been blowing up the UK RnB seen over the past year, has collaborated with American Neo-Soul group The Internet on a new EP entitled, ‘Black and Blue Point 2‘. The EP features hot remixes of tracks from Ritchie’s previous EP as well as a new song, ‘Chased‘ showing his lyrics and vocals are as on point as ever. This is a great collaboration and another fantastic EP for Raleigh Ritchie fans to add to their collection – lets hope to hear more from this team in the future! You can buy ‘Black and Blue Point 2’ now on Itunes.

The second EP comes from unsigned American artist Gallant entitled ‘Zebra’. Gallant has teamed up with producers Felix Snow and Maths Time Joy to release this incredibly unique EP, at first listen I became an instant fan – the style lies somewhere between RnB, Neo-Soul and this new electronica soul coming from artists like Sampha and SZA. Gallant’s vocals are stunningly distinctive and at times haunting (in a good way!). His lyrics are rich and emotive and scream wisdom years beyond his young age of 21, if the music industry has any sense this guy won’t stay unsigned for long! If you are a fan of Maxwell and Frank Ocean or just want to hear something enticingly unique you can buy ‘Zebra‘ from Itunes.

With this level of talent being brought at the start of their careers I can’t wait to hear what Raleigh Ritchie and Gallant will be bringing in the future – these two are definitely ones to watch!!

In honour of National Record Store Day, I look back at one of the most innovative Soul Records…

The success of The Hardline was hugely influential to the UK RnB scene, as the album was released whilst D’Arby lived in the UK we adopted him as out own! UK RnB whilst thriving in the 1960s and enjoying some success in the 1970’s was struggling in the 1980’s to gain pace above the underground scene with the exception of Sade. Terence Trent D’Arby was the full package, he had a strong iconic image with long dreadlocks, an undefinable golden skin tone, a sultry pout and of course huge shouderpads! He had almost complete artistic control over the album, writing seven out of the eleven tracks and producing the project; a rare amount of artistic licensing for a debut album. Terence Trent D’Arby was making a statement – he was not just a singer, he was an artist.

The album oozed influences from every area of urban music from reggae, blues, the funk of ‘Dance Little Sister’ to the stripped back soul of ‘Sign Your Name’ to the Motown nod in his rendition of ‘Who’s Loving You’. The production of the album is flawless, mature and at times boldly experimental; boasting layered and complex instrumentals on every track and the vocal range that D’Arby demonstrates is second to none.

The Hardline paved the way for many UK soul artists as it grabbed international attention, the couple of years that followed in the UK soul scene saw the arrival of Omar, Soul II Soul and many of the ‘acid jazz’ groups. Influences of this album also became apparent in the 1990’s during the arrival of the ‘Neo – Soul’ movement in the US, when artists such as D’Angelo, Maxwell and Erykah Badu appeared sporting similar sounds, experimental production and even styles as Terence Trent D’Arby.

Most importantly , Introducing the Hardline has retained its credibility and relevance. Dust off your old copy,or listen for the first time, it still sounds innovative and fresh and is in my opinion, a milestone soul album.

A million reasons why Wretch 32 is hands down my favourite uk ‘rapper’. My darg.

Seriously, how many other mc’s can do this? 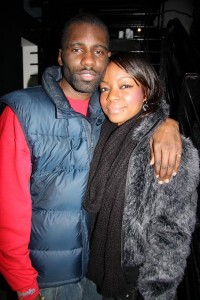