24 Jun Daley – Songs That Remind Me Of You

Wassup Soulquarians,
so the Mancunian Soulster is back with a killer cut from his forthcoming EP.
Check the video here and leave a constructive comment about what you think about the tune.
Peace, beats n love
RH

28 May Fresh On The Scene: Kane

So you may not of heard of Kane YET but trust me, you need to get to know, cos this 17 year old is coming with a R&B banger!

The video for ‘Dreams’ (from his debut EP of the same name) was a great success & he’s looking to build on that with his newest release ‘Hard Headed‘. The song has a truly sick beat, cool vocals & a street sound that’s extremely catchy yet still has a fresh, underground feel to it. The track also features Shanna SongBird who adds another dimension without detracting from Kane’s stunning voice.

The video is set on the gritty streets of London & is shot in black & white to give it that honest, real-life feel. I’m loving the song & video so go check it out below. If you wanna hear more from this Chingford lad, then download his EP from Soundcloud https://soundcloud.com/kaneofficial

Hey Soulquarians,
it’s been a minute.
Thought i’d pop back with something special to tell ya bout.
Tanya Lacey who happens to be one of my favorite singers outta the UK has dropped her brand new video to her single
“Now That You’re Gone”

The beautiful Bristolian songstress popped into the Mi-Soul HQ for a chat on my radio show last week revealing she had gotten the video ready to roll.
I’m loving this tune which has all the necessary ingredients to be a surefire pop soul hit, so i thought it only right to share it with you.
Enjoy T.L doing her thang!
Peace & Love
RH 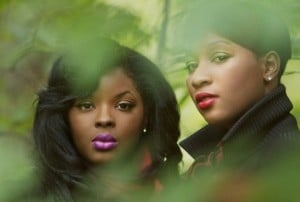 If you’ve forgotten what funky soul sounds like then the brilliant debut album from Lady is here to remind you what it’s all about.

Their stunning voices compliment each other perfectly & their talent is truly undeniable. It’s great to hear something a little bit different to the usual chart R&B/Soul sound & it’s still catchy enough to get your head nodding & your feet tapping!

The self-titled album from Lady is out now on iTunes. DOWNLOAD HERE

22 Feb Digga’s House Is The Place To Be

It’s been 3 years since his last release but McLean is finally back with his new street album ‘Digga’s House’ & it’s the perfect combo of smooth R&B & quality Hip-Hop vibes.

Every track is executed to a very high standard & the feel is predominately R&B. However there’s also some strong guest appearances from Ironik, Bigz, S.A.S & J2K & production comes in the form of Hip-Hop producer AYO.

After stepping out of the spotlight in 2010 to concentrate on writing, McLean has made a strong comeback & it’ll be interesting to see if he now gets a second chance to break into the mainstream scene.

The fact that Dot JR is signed to Tinie Tempah’s record label Disturbing London indicates just how talented this singer/songwriter/producer really is & his new mixtape ‘Be Grateful‘ definitely confirms it.
Each song offers something different, from fresh synth R&B to catchy bassline-heavy futuristic pop. His vocals are distinctive, engagingly special & highly memorable. All tracks are produced by the man himself & there’s big collaborations with Mic Righteous & label mate G FrSH as well as a beautifully executed cover of Sting’s ‘Fields of Gold’.
Dot JR displays a lot of potential & I have a feeling that we’ll be hearing quite a bit more from this Scottish singer in the near future. Download ‘Be Grateful‘ now for free HERE & be prepared to be impressed!

05 Feb Angel Shows Why It’s His ‘Time’ To Shine

West London R&B artist Angel is back with his brilliant new mixtape ‘In Between Time‘ which showcases his writing, production & vocal skills to perfection.
The project see’s him link up with UK rappers Tinchy Stryder, Wiley & Giggs as he cleverly manages to combine an underground feel with noteworthy R&B beats which his Angelites will love. There’s even a reggae inspired track entitled ‘Knock Me Out’ proving his unique tone can work with more than just commercial sounding R&B tracks.
With his debut album ‘About Time‘ due for release in March, Angel shows us just what to expect with this slickly produced mixtape which is available to download for free here:- www.thisisangel.com
Yet again Angel demonstrates why he’s tipped to become a major star in the world of R&B.

Spoken word artist Suli Breaks recently dropped his brand new poem “Why I Hate School But Love Education” & whilst I don’t usually listen to a lot of poetry, this piece is a truly engaging must-listen!

Suli addresses a number of current issues such as What is the value of mainstream schooling? & Why is it that many of today’s successful figures openly admit to never having completed any form of higher education?

Listening to this poem got me asking myself whether qualifications still hold the same value in today’s society as they once did. After all, does success in the classroom automatically mean you will be successful in life? I have to admit I don’t believe there’s an automatic correlation between the two. So go give the poem a listen & see what conclusion you come to.